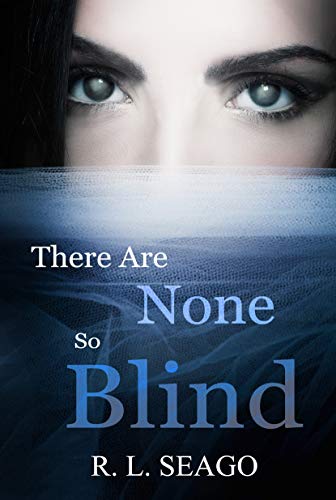 2013- In war-torn Afghanistan, four innocent service members are subjected to an unauthorized and unspeakable procedure. Deep within the confines of a sand covered bunker, a brilliant but depraved doctor will scrub the minds of this unlucky foursome, replacing them with memories of his own creation. He also finds himself developing a dark obsession for the beautiful, dark haired Marine named Cassidy.2017-Two of the quartet are dead by their own hands, while the other two are tormented nightly by horrific nightmares. Cassidy Delgado is a blind but very successful business owner in southern California. The only negative in her life are the night terrors she has been having the past few months, as the green eyed man behind the surgical mask molests and torments her.Mitch Gaynes leads a solitary but relatively peaceful existence working in a small diner in the desert outside of Flagstaff, Arizona. He enjoys the solitude of his life, but the dreams of the man behind the mask haunt his every sleeping moment.When Bryce Powers, a psychologist in Anaheim, CA, and his daughter Kaylee meet Cassidy purely by chance, they are instantly drawn to one another. As their group’s number grows, they will join forces to confront a truly malevolent presence hell bent on destroying all of them.When the brains behind the memory replacement program makes his way to California to find Cassidy, no one is safe from the evil that he brings with him, and none of their lives will ever be the same.

Immediately, the book dumps the reader into suspense. A woman just killed herself for apparently no reason, as did another man. The only thing that seems to connect them is the main character so far, Stephen. We are introduced to this man, and he seems to be a kind of sociopath… He obviously leads some sort of demented life where he (possibly?) kills people, but he also looks to be a stand-up, normal husband on the side as well.

I want to know what happens! Why did that woman kill herself, and how is this Stephen connected to her? How are the woman and the construction worker connected? Who are the other two that Stephen apparently needs to still kill off (or commit suicide themselves)?

This book was a bit outside of my normal realm of fantasy, but I really enjoyed the change. The story kept me hooked and in suspense the entire time… Even to the very last sentence! It helps that it ends with a bit of a plot twist, and something to continue thinking about, even after the book is over. I love those kinds of books that get you thinking even when you’re not reading it. The childlike magic of Disney World interspersed among the adult and dark events conspiring made the suspense all the more heightened. I would definitely recommend readers to be 18+ for this book, as there is some adult content.

Mitch could see the dark haired woman next to him, the sheet covering her body, and for the first time noticed the Minnie Mouse logo drawn on the piece of paper above her head. (pg. 192)

I think what really makes this book work is that there are multiple POVs, each with their own unique voice and story. It also helps that two of the main protagonists have some physical disabilities to maneuver around while also working through this psychological thriller. The mix of physical and mental lends the story a nice balance and actually keeps the suspense rolling. I don’t get too bogged down in abstract thoughts. Additionally, I like that the story has correct medical details within it, especially regarding the medications supposedly used to erase memories and implant new ones. With sci-fi-esque material such as this, I find it important for the author to make it as realistic as possible. By explaining how the miracle drug was created (and by actually using the real effects of the real drugs), the reader is much better able to take the fact of this miracle drug in stride. I was able to continue, immersed in the story, without incident.

There are a few reasons why I did not rate this book higher than a 3.5, though I was close to rating it as a 4. One of those reasons is the minor editing errors in the book, as well as several inconsistencies. Perhaps being an English teacher makes me more sensitive to editing errors, but when I come across a spelling/grammatical mistake in a published book, it kicks me right out of the story and back into my native world. The same goes for inconsistencies. Many times throughout the book, some things just did not add up, or a character would comment on something that hadn’t happened just yet (but would in the next few scenes). When those sort of inconsistencies pop up, I can’t remain focused on the story and it ruins the experience.

Another reason is the awkward italics. It seems that the italics show up when a character is thinking about the past, but it just does not flow very well within the story. I think most of the italics could be changed to regular text and it would make the reading much easier. One last reason is the relationships between the characters as well as with themselves. The relationships between the main protagonists seem to be much too rushed and forced along for the sake of the plot. Stephen is also up for debate in my opinion. At times, he is shown as a caring medical doctor, wanting to do good in the world. But then at the same time, he is shown as a cold-blooded psychopath… So which is he? As a psychopath/sociopath, I could see him putting on a show to make the world believe he is a caring doctor, but then his thoughts and emotions should reflect that sociopathic tendency, not the opposite. I think his character could have been developed a lot more.

Finally he was going to be able to prove that he could, in fact, eradicate and treat the horrible things seen by so many in the overseas campaign (pg. 204)

Overall, this book is great for a quick and suspenseful read. It ends on somewhat of a cliffhanger, and will keep your mind thinking long after you set it down.

2 thoughts on “Book Review: There Are None So Blind”