The Secret History of the Manhattan Project 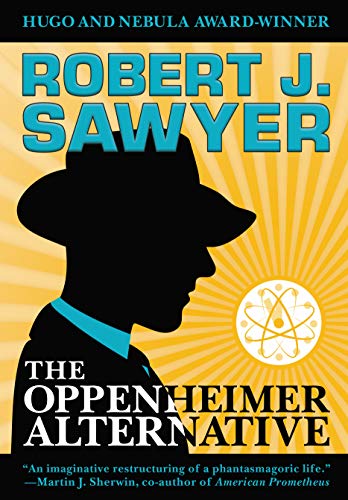 Bestselling futurist Robert J. Sawyer has been called “Canada’s answer to Michael Crichton” by The Toronto Star and “a writer of boundless confidence and bold scientific extrapolation” by The New York Times.

Now he turns his keen eye back on the past in this, the 75th-anniversary year of the birth of the atomic age. His 24th novel, The Oppenheimer Alternative, tells the secret history of physicists behind The Manhattan Project, the desperate effort to create the world’s first atomic bomb.

As J. Robert Oppenheimer, scientific director of that project, famously observed after the first A-bomb exploded, “Now I am become Death, the Destroyer of Worlds.” And, in our reality, that remained his legacy.

But in the “What if?” vein of Philip K. Dick’s The Man in the High Castle, Sawyer’s novel veers cleverly into alternate-history territory. Oppie and his colleagues — including Edward Teller (the inspiration for Dr. Strangelove), flamboyant Richard Feynman, Leo Szilard, Kurt Gödel, and Enrico Fermi — join forces with Albert Einstein, ex-Nazi rocketeer Wernher von Braun and computing pioneer John von Neumann to try to save our planet from impending ecological doom. If they succeed, they’ll be able to declare, “Now we have become Life, the saviors of our world.”

Other writers have written novels about the Manhattan Project before, and there was even a dramatic TV series about it. “But everyone else took the easy way out,” declares Sawyer. “They made their main characters fictitious people or focused on obscure side figures so that no one could gainsay their portrayals.”

Sawyer wanted to do deep character studies of the people everyone has heard of. “Every single person in my novel was both real and famous. No get-out-of-jail-free cards here: I spent two years full-time researching this book to make sure I got the characterizations exactly right.”

And do the experts agree? Yes!

“The trick of this novel,” says Sawyer, “was to never contradict known fact. There’s nothing in the book that’s anachronistic or might not have actually happened. This is as much a secret history as an alternate history. So far as everything that’s been made public is concerned, including the most recently declassified documents, what I’m describing really could have happened.”

Indeed, Oppenheimer himself suggested there was a secret history to it all. When he lost his security clearance because of his Communist ties, Oppie really did declare:

“There is a story behind my story. If a reporter digs deep enough he will find that it is a bigger story than my suspension.”

Deak Parsons, Oppie’s second-in-command at the Manhattan Project’s Los Alamos Lab, concurred. He told colleagues, in reference to Oppie being cut off from classified information, that even President Eisenhower was in the dark about the truth:

“I have to put a stop to it. Ike has to know what’s really going on. This is the biggest mistake the United States could make!”

(Sadly, Parsons died the next day of a heart attack before speaking to the president.)

Even Freeman Dyson, Oppie’s great colleague after the war at the Institute for Advance Study in Princeton, who died this year at the age of 96, felt Oppie was hiding something:

“As a direct result of Oppenheimer’s work, we now know that black holes have played and are playing a decisive part in the evolution of the universe. He lived for twenty-seven years after the discovery, never spoke about it, and never came back to work on it. Several times, I asked him why he did not come back to it. He never answered my question, but always changed the conversation to some other subject.”

What was Oppenheimer hiding? The answers are in Sawyer’s fast-paced, character-rich novel. As Eric Flint, one of the modern masters of the alternate-history novel, says:

“You can call this novel alternate history or alternate astrophysics (or both). Whatever term you choose, it’s a terrific story.”

“The Oppenheimer Alternative is a truly science fictional work of alternate history which turns on the decisions — and discoveries — of the great physicists who wrote the history of the 20th century: Einstein, Fermi, Gödel, and Oppenheimer. They are the vividly realized, all-too-human characters who people this novel, and give its brilliant speculations human life and blood. Bravo!”

The Oppenheimer Alternative will be published Tuesday, June 2, 2020, in paper, ebook, and audiobook worldwide, specifically to coincide with these 75th anniversaries:

The U.S. book launch will be at The New Mexico Museum of Space History in Alamogordo — site of the first atomic blast. 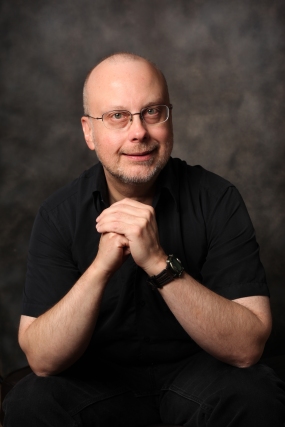 Robert J. Sawyer is a member of the Order of Canada, the highest honor given by the Canadian government, and is past president of the Science Fiction and Fantasy Writers of America.

The ABC TV series FlashForward was based on Rob’s novel of the same name, and he is one of only eight writers in history to have won all three of the science-fiction field’s top awards for Best Novel of the Year: the Hugo, the Nebula, and the John W. Campbell Memorial Award. He lives in Toronto.

One thought on “Press Release: The Oppenheimer Alternative”