Inez, a smuggler by trade but a Duchess's daughter by birth--if not quite able to claim her birthright--is on a mission to bring magic back to her people. But by doing so, she will have to juggle all of her identities at once, while also tricking her closest friends. Will she be able to pull it off?

The novel is divided into 3 parts, each following Tag as he goes on an adventure. The first part is dedicated to his life in the prison where he was born, the second to a kind of virtual family he finds after leaving the prison, and the third is when he ends up going back to the prison for something. Through it all, he is finding out who he is as a person, and what he wants in life.

A short novella, great for when you have an hour or so to kill and do not want to commit to a larger novel. Pros include the characterization and premise. Cons include plot and pacing.

In this dark murder mystery, Marlowe brings our fairytales into a whole new light. All residing in the same world, the stories we were told as children are not quite what they seem... In this world, Snow White, Goldilocks, Rapunzel, Beauty and the Beast, Hansel and Gretel, Cinderella, all are recreated into something that the stories hadn't told us. A serial killer has been on a rampage in this world, destroying all that is good. Johannes--the former King--and his friends must find the killer and bring him--or her--to justice before the work is done. Luckily, they have clues to help them along the way. It seems that the killer is counting down from 10, meaning that Johannes and his crew know how many are left to save.

In this Sci-Fi novel, it is now the 31st century. Civilization as we know it destroyed themselves in the 21st century, and humankind escaped to the stars. Now, most of the technology from the 21st age, as well as its history, has been lost, and those on other planets are cut off from Earth. However, the Corporation--a kind of "evil" government-esque entity akin to our 21st century Big Business--has rediscovered the ability to space travel, and they are set on utilizing any and all resources on other planets--regardless of if there is a colony of humans already living there. An unlikely group of Ministry characters composed of a medic, a leader, a computer scientist, and a Martian warrior, join the Corporation's journey to Titan. While the Corporation is set on destroying any humans that happen to be there to exploit Titan's resources, the Ministry group strives to keep them alive. 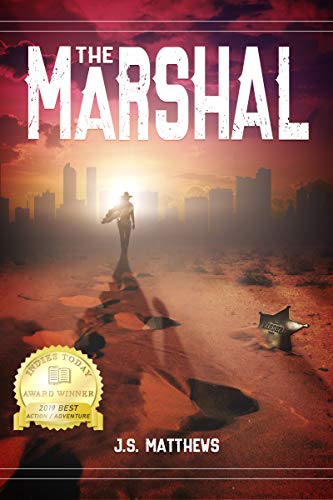 Elizabeth, a brand-new Marshal, sets out with her team to hunt down the notorious Wes Kerrigan. Their only hope to find Kerrigan and take him down is through the use of his old partner, an outlaw only minutely less evil, Rubin Stark. Stark leads the Marshals through the wastelands, hunting Kerrigan but always one step behind, and time is not on their side. Will the Marshals find Kerrigan before he destroys the world--again? Or will Stark turn on them before the deed is done? 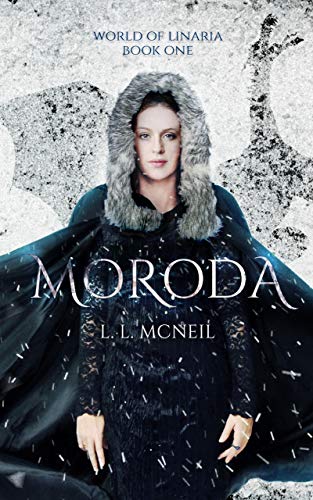 Set in a world of magic, dragons, and war, Moroda must find a way to stop the battle before the entire world is set aflame by dragon fire. A leader of the flying race--Arillians--has been stealing the power of dragons and forcing people of all races to join his cause of world domination. Moroda and her small band of newly found friends are the world's only hope for survival. But what can a sky pirate, two weaponsmiths, a run-away soldier, a filthy Varkain, a cast-off Arillian, and two former Goldstone sisters do against the power of dragons?

In this novel, branded a sci-fi by the author, but which I think of more as a YA Adventure/Da Vinci Code, two high schoolers--former best friends who sadly grew apart--are tasked with the history project of  researching the Secret Chamber of the White-Eyed Star God in the Copan Temple. As they navigate past missing webpages, a trip to Europe, time traveling, the President of the United States, and aliens, Emma and Logan find themselves unraveling the mystery of the stars. What will they find? And will they even survive their discovery? 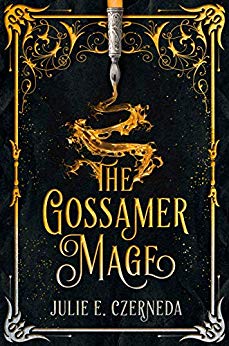 Maleonarial, an old and experienced mage scribe, sets off on his own journey to find the right words to create the intention of killing The Deathless Goddess in order to free the mage scribes from her. What interrupts this work, however, is something even more dangerous than the Goddess herself. Kait Alder, a Daughter of Tiler's Hold, can see and hear evil that is set on destroying the world, starting with anything magic. Pylor, Tiler Hold Lord's cousin, is charged with finding out more about Maleonarial and his supposed magic that can hurt people. All three merge together to form one large party as they all make their way to the mage school with Saleonarial's body and the newest mage recruit--and Kait's only son--Leksand. They must all work together in order to keep the evil at bay long enough for someone to figure out how to kill it--for good. Will Maleonarial be able to hold off on his own quest of killing the Deathless Goddess in order to help Kait and Pylor?

In this dystopian novel by Christina Dalcher, America is eerily similar to our own. However, in that world, women are only allowed 100 words a day, or else they are shocked by their wrist counters, the magnitude exponentially increasing with each additional unauthorized word. Jean, a cognitive linguist in another life, is given an opportunity after the president's brother is gravely wounded. The government needs someone who can help him, someone who can reverse Wernicke's aphasia. Helping the government will mean that she can go back to work, can get the abominable wrist counter off--for a while. But something doesn't sit right with Jean. The government seems to be wanting her research for another reason... What price will the world pay after she finishes her research? What price will she and her family pay?