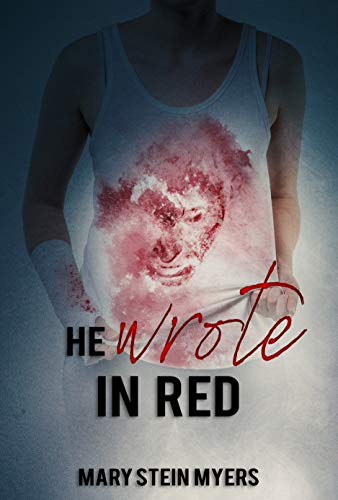 Leocadia Calloway is a clinical psychologist who is devoted to her job, even when it puts her in the crosshairs of a violent psychopath.

When Leocadia is asked to offer her expertise on a civil custody dispute, the case seems like a painfully familiar story of a child caught in the middle of two feuding parents and claims of abuse. Even after meeting with the odd mother and frightened child, nothing about their story seems unusual.

But when she’s violently attacked by an unknown man on her way home, everything changes. As she finally understands the message given to her, she realizes that it all ties back to the child in the custody case she was asked to consult on. If the message is true, the child’s life could be at stake. Not wanting another death on her conscience, she chases the questions of the mysterious circumstances surrounding the case in order to find the truth and save him from death.

But someone else close with the case is watching her. Someone who’s a dangerous psychopath and will do anything to keep the truth hidden. By the time she understands that the stakes include her life and the lives of her loved ones, it’s too late to go back.

In this thrilling novel chock full of fear and suspense, but also romance and fate, Mary Stein Myers paints a scary reality that could be hanging out just down our block. In present-day America, Leocadia (Leo for short), is a clinical psychologist, currently working on a legal custody case for a law firm. The lawyer she is working with is Avery, and as they progress on the case, so too does their romantic interests in each other. But their client Grant, the husband in the custody case, is making moves on Leo. Not only that, but he seems to give off creepy vibes. When Leo’s life, and the life of those she loves–old and new–is threatened by an intruder, stalker, and murderer, it seems that her caseload is to blame. Will she give up on the case that’s bringing this all to bear? Or will she put all of their lives at risk to get down to the truth?

This was a story that I could not put down. Literally. I think I read the entire thing in 2 consecutive days, stopping only to sleep and go to work. One of the best things about this novel is how relatable it is, and how I could picture this happening right next door to me. The truth is, we have real psychopaths in our world, people who can murder and kidnap, do unspeakable things without any sort of second thought. Leo, being a psychologist, was bound to run into one at some point, she just didn’t expect it to be so devastating.

The characters were all well-rounded and I sympathized with each of them (except Grant). Brenda, Leo’s next door neighbor, and Horace, her long-time friend, were especially interesting, although I will admit that I did not quite understand Leo and Horace’s relationship completely. But isn’t that part of real life? Different people hold onto unique friendships and we can never hold a flame to? The characters and the well-driven plot kept this story entertaining and suspenseful. It was all just so real.

One thing that did somewhat bother me, however, was that the novel seemed to include a lot of unnecessary, miscellaneous information, that served to distract me from the real story. But perhaps that was the intention? To throw me off the scent and never know what was coming next?

Overall, this book was an exciting read and well-worth the two almost sleepless nights I spent reading it. The slight romance between Leo and Avery was just the right amount of sweetness I needed to keep me going through the psychotic and suspenseful events. It had exacted the perfect balance of terror and love in me as I read.